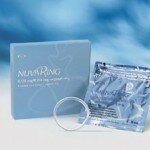 The recent news about the NuvaRing lawsuit is one of hundreds of lawsuits filed against big drug companies. Consumers and doctors call into question the safety of certain prescription drugs and the marketing practices of companies like Merc & Co..

Despite the risks, drug companies release drugs with inadequate testing. To ensure sales, the long list of side effects sits at the bottom of the insert. Rare and potentially fatal side effects are listed in fine print along with the milder ones. Doctors shrug them off as if they are as unlikely as getting struck by lightning, and consumers go along with their doctor’s complacency. But people are hurt every day from supposedly safe medications.

Side effects are real.

Their efficacy and ease of use are desirable but they don’t come without side effects for every woman that takes them. Sometimes these side effects are fatal blood clots, sometimes they are infertility, weight gain, or depression, and sometimes they are a slight alteration of personality so that the women taking birth control chooses an . Side effects include a depletion of certain nutrients like zinc and Vitamin A.

But what are we supposed to do, get pregnant?

Birth control is a complicated issue on a planet of seven billion. Clearly, we’d be in trouble if every woman who is on birth control had a bunch of babies. According to Planned Parenthood, there are about 62 million women of childbearing age in the United States, about 30% of whom use some form of hormonal birth control. That means in this country alone we could have an additional 18.6 million more babies if we all got pregnant now. Spread that all over the world and continue this each year and, well, you see the problem.

Controlling pregnancy is important. Not only can the planet not accommodate many more billions of people but individuals don’t want babies popping up at the wrong time either.

Education is the answer.

Rather than paying the big drug companies who don’t give a damn about our health, we should be taking classes and reading books about natural contraceptive methods. We should be learning about our bodies and the ways they operate so that we can prevent pregnancies naturally. And we should be responsible in our decisions about when and with whom we have sex.

This isn’t impossible. Remember the sex ed classes that most of us had in elementary school? We could start there. We could teach our little girls to know their bodies, rather than to pop pill and ignore them.

It seems like a lot to ask – that people be responsible for their own bodies – and it probably is right now. It’s not our culture after all. But someday, hopefully, things will start to change and we will take our health into our own hands.