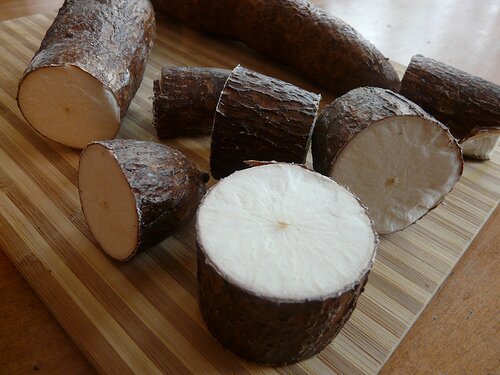 Paleo does not imply low carb, at least not super low carb. The fact that a lot of Paleo folk eat low carb (me included in the past), doesn’t mean that Paleo is low carb by definition.

As Dr. Kresser explained last year at AHS, the evidence against starch doesn’t add up. There are and have been peoples across the globe thriving on high starch diets. Additionally, we posses the amylase enzyme necessary to utilize starch, and starchy food options have been a part of a human diet for a long long time. The development of our large brains may even be due, in part, to our consumption of starch.

, who popularized the term “safe starches,” advocates moderate starch intake on a Paleo diet as opposed to the low carb approach that so many others favor. I am with him on this. I have seen myself and others experience spikes in cortisol on a low carb diet and an eventual .

Some starches contain phytates, which bind to nutrients like zinc, iron, calcium, and magnesium, hindering absorption. These nutrients in the food are then not available to our bodies and so the food is not nourishing and eating lots of it can lead to mineral deficiencies  So we should take care only to eat starches that are low in these anti-nutrients or are prepared in such a way as to deactivate them.

Starches should be eaten with fats and protein. This way the glucose will be released slowly into the blood stream and will not spike the blood sugar.

But Is White Rice Paleo?

Rice is a cultivated grain so obviously it’s not Paleo. But it is considered non-toxic like the starches of the hunter-gatherer.

White rice is the refined starch of the whole rice grain. (If it weren’t for gluten, the white product produced from refined wheat might be fine too.) Modern hunter-gatherers, and our ancient ancestors, eat refined starch all the time. In New Guinea and the East Indies sago starch is extracted from certain palm trees. It is a sticky starch which they extract using traditional methods from the tree fibers.

While rice does not grow all over the rain forest like sago does, it may be similarly nourishing in its basic composition.

How Much Carbs Should We Eat?

Humans are adaptable and omnivorous. For this reason, a set ratio of carbs, fat, and protein for the entire population cannot be established. Different cultures around the world traditionally eat very different ratios of fat/carbs/protein. There is no one-size-fits-all approach when it comes to food ratios. And from my own experience, even within a single healthy person, ratio variations are ok.

Even for those with impaired glucose tolerance, reducing starch may not be necessary. To learn how much is right for you, start by first eliminating sugar and industrialized food products, following a moderate exercise routine, and eating a diet high in fat with moderate protein. Then play with the amount and types of starch/fat to see what works best for you.!