Pregnant women in America get lots of tests. We’re tested for gonorrhea, chlamydia, syphilis, and AIDS, for diabetes, for iron, for ketones, and they even undergo genetic testing for our unborn children. One of the last tests doctors “require” is the Group B Strep test.

What doctors tell us about Group B Strep is that, first, it can be life threatening, that it can lead to blood infections, skin or soft tissue infections, and pneumonia. They tell us that GBS can cause seizures, meningitis, and other problems.

What they don’t tell us about Group B Strep is that it’s very unlikely that a baby will show symptoms even when the mother tests positive for it. Nor will they tell you that the current testing available is highly unreliable. They probably won’t provide you with an impartial handout and definitely won’t give you any alternative treatment protocol.

Shortcomings of the Group B Strep Test

The test is performed by taking a swab sample from the vagina and/or anus. The swab is taken once, close to the end of pregnancy. Group B Strep can crop up at any time, however, meaning that today you may not have it but tomorrow you will. And so today you might test negative but tomorrow you could test positive.

Group B Strep can be detected on some days better than on others, meaning that today your doctor may not see it but if he tried again tomorrow he would.

But the test is only performed once.

The following facts were taken from the handout below:

“A positive result means that the mother is colonized, not that she or the baby will become ill.”

“Women who are colonized with GBS but don’t develop any complications have a relatively low risk of delivering an infant with GBS disease.”

Other factors which make a baby higher risk are listed at the bottom of page one below.

As only 1-2% of babies actually become ill after delivery from a colonized mother, there is mostly nothing to worry about but worry is our game here in civilized lands and so we take that 1-2% margin very seriously.

The treatment for GBS is an IV drip of antibiotics during delivery. Antibiotics lowers the mother’s and baby’s immune systems by changing the vaginal flora. This also means that mother is largely immobile during delivery which can lead to other complications. There are several other risks associated with antibiotic use for both mother and baby as listed on page two below.

A Group B Strep treatment alternative offered in Europe but not in the US is Hibiclens. This is an effective treatment, much better than an anti-biotic IV. It is an antiseptic, though, and still can change the vaginal flora.

If neither of the above steps are taken the baby should be closely watched by an attending midwife for a few hours following the birth  since most of the symptoms develop early. 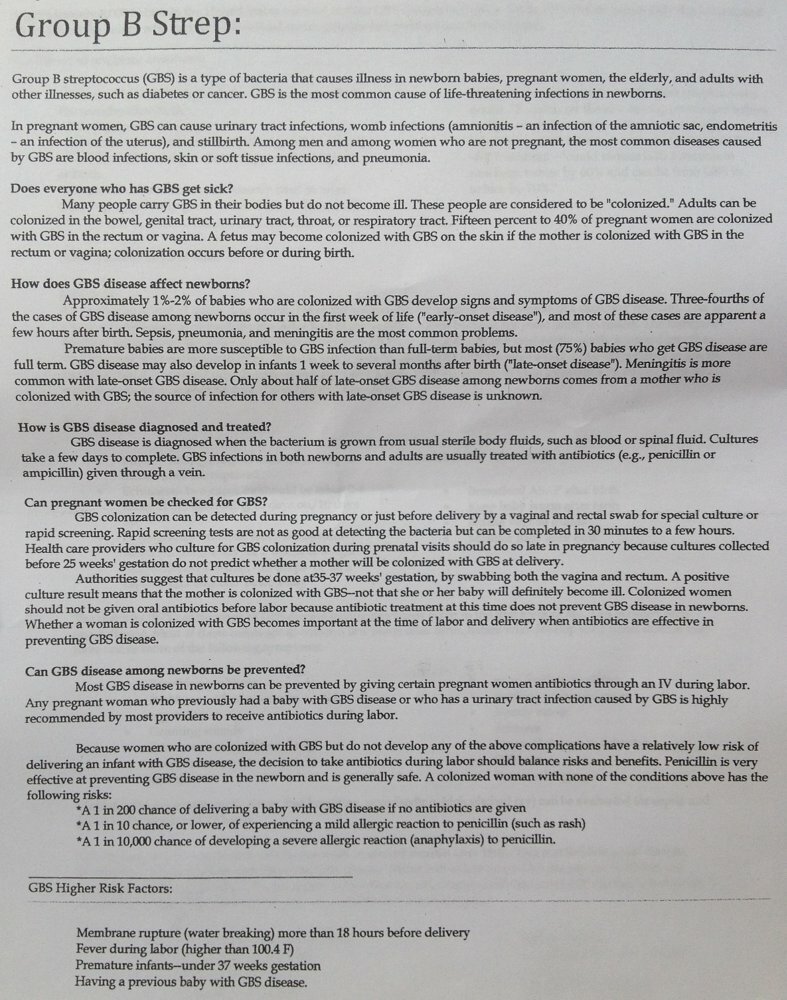 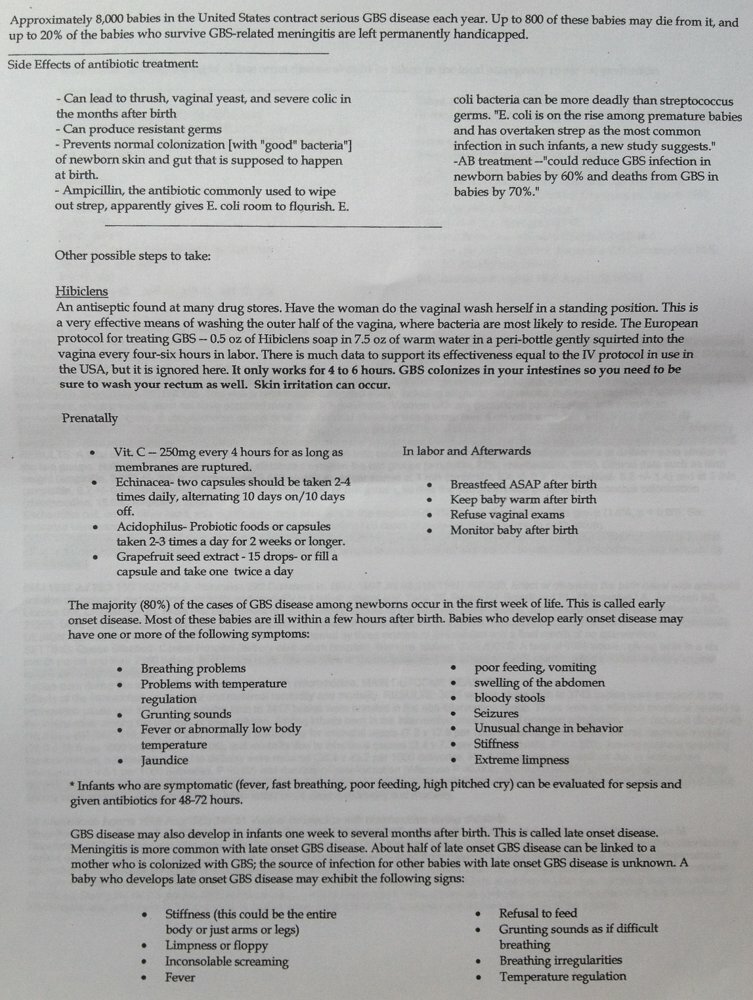