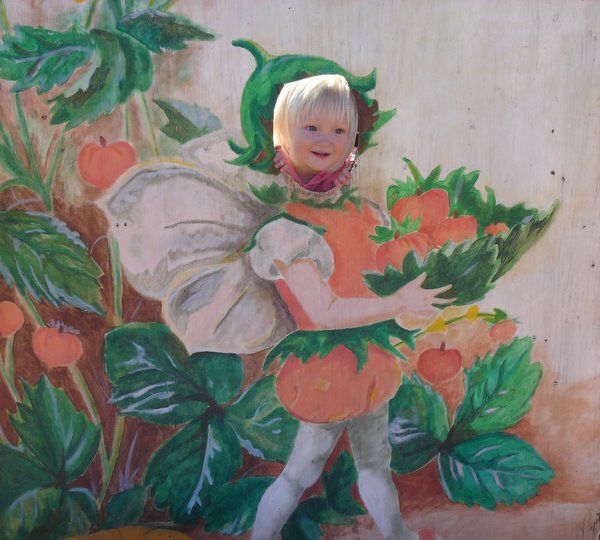 I think Halloween costumes are a blast. I love Halloween parties and festivals. I like dressing up and people watching. But there is this other side to Halloween which really gets me down: candy.

I don’t like candy and I don’t want anybody giving it to my kids. But that’s the nature of trick-or-treating and it’s usually the favorite part of Halloween for kids. What is a parent to do? Deny kids the fun of eating sweets and the excitement of trick-or-treating? I don’t think so. Control only lasts so long before it backfires, so I came up with another way.

Forbidding Halloween candy altogether is the best and easiest option for kids two and under. They’re babies for goodness sakes! They don’t even know what sugar is until you give it to them! They don’t need it, they don’t want it, and their bodies can’t handle it. Abstinence is best when it comes to babies and sweets. (Anything but the freshest foods will compromise these processes. Check out the Hawaiian Libertarian for a real life juxtaposition of baby poo on fresh food and baby poo on jarred food.) 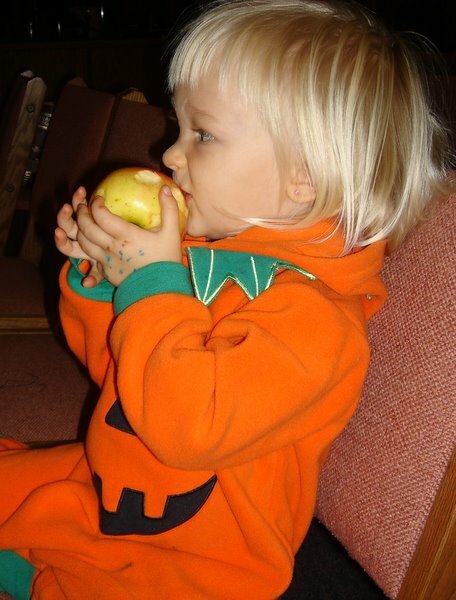 My daughter at a neighborhood festival. Age 1.75. Still never had sugar and totally happy with her apple and a comedy show.


Babies who are not exposed to sweets don’t know what it is anyway. They cannot extrapolate based on color, texture, packaging, or smiling faces. They have no clue that what they eat is not the same thing as what you eat.

For babies under 1 year Halloween can be skipped all together. Once a child is walking, however, they can start to join in the fun.

Trick-or-treating can be a little overwhelming for three year olds. They have to walk a lot right at bed time and the streets are dark and even scary. Festivals might better for kids this age.

I start with a big, high fat meal and then stuff a few little treats in my pockets to snack on at the event. Kids get to experience the excitement of the games and costumes with a few bites of their favorite Paleo treats. Steer clear of the food booths and you probably won’t hear a word about it.

Four Years Old and Beyond – Trick-or-Treating

All the candy kids pick up on their travels through the neighborhood is junk. It’s all cheap candy made with cheap ingredients. You’ll be hard pressed to find a single one without corn syrup or food colorings. At a health food store you can buy candies made with pure cane sugar or fruit sugars which don’t contain artificial flavors or additives. Candy is candy and no one should be eating pillow cases full of it, but a few real ingredients are better than 20 or so artificial ingredients found in a regular candy bar.

When my daughter was 3.75 years old she had her first trick-or-treat. I planned on doing a little switcheroo behind her back but quickly realized that wouldn’t work. She knew what was in her bag. Instead, I showed her the new bag full of healthier goodies and suggested we throw the other junk away. I asked her if she wanted me to do it for her or if she wanted to do it herself. She said sniffling, “Mommy, I’ll take it to the trash myself.” Holding the empty bag up to me she asked for her special candy and never looked back.

Now, when Halloween rolls around she exuberantly takes the bad candy to the trash. Last year though she paused over the trash can, “Do you think donate it maybe? It’s kind of a waste.” I said, “If it’s not good for you, do you think it’s good for anyone else?” She laughed.

Last year we came up with a new Halloween idea. We set up a little shop where she could “buy” the good candy and toys in exchange for the bad candy. It can get pretty silly, figuring out exactly how much everything is worth; she absolutely loved it!

In advance I bought some dark chocolates, crystallized ginger, packages of nuts, and dried fruits from the health food store. I also got some little toys from the grocery store toy dispensers. After trick-or-treating we set up the shop and spent the evening playing store.

Sarah Fragaso of Every Day Paleo liked this idea so much when she read my article in Paleo Magazine she said she’ll definitely be adding this to her Halloween tradition.

How-a-bout you? What is your Halloween going to look like this year?