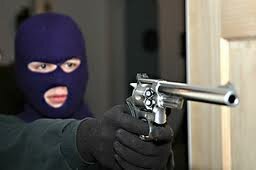 You might see it as really bad luck, but I think I was incredibly fortunate. It’s the kind of thing that makes you a better person in the end, if you let it; it’s impetus for nobler behavior; it’s the fire behind a rich and well-lived life; if nothing else it makes a great story at cocktail hour.

My husband (at the time) had just completed writing his first album. I had yet to hear most of it but this night he sat me down and played the whole 45 minute set. It was a special moment for us both. He felt accomplished and I was in awe. He was no less than a genius songwriter – dramatic and melodic like Radiohead. We had a brand new baby, but he was getting a band started which would soon lead him and his beautiful music to greatness. We were high on dreams of success and talked about it well into the night. Finally, I went back to the bedroom and he took the dog out for a last pee before bed.

We lived in a brand new apartment building in Fremont, California. It was a big complex, right across from the lake. The ceilings were high and the walls were thick – from the bedroom I couldn’t hear much of anything in the living room. Maybe I did hear the front door close, maybe I didn’t hear anything at all. Maybe I thought I should have heard something. Maybe I was just listening. Something seemed strange anyway so I got out of bed to investigate. I wore a thong to bed and nothing else.


My first step fromthe dark of the bedroom was met by a massive black figure towering towards me. A man dressed in black with a black face mask stood where my husband should have been.

My first thought was quick. ‘My husband’s dead. Save the baby!’ She was six months old. This man was here to get her. Why else would someone break into my house and come to the bedroom? ‘He’s here to kidnap my baby!’

I stretched out my arms to block the doorway and an electric shock pulsed my abdomen – again and again. I fell to the floor. He grabbed me from behind and punched me, holding my tiny body with one arm. He tased me again and beat me and kicked me until I was limp.

Everything went black and I fell to the floor.

‘I fell! He let me go!’ I shuffled to my feet only to be grabbed again by the man.

The shocks, the punches, the kicks. ‘Don’t die Peggy. Stay alive for her. He can’t hurt you.’

Blood dripped down my husband’s head who was lying on the floor. ‘You’re fucked Peggy. There’s no one to save you now.’ Again, blackness and I lay on the floor.

Free again! My husband struggled with the masked man, the two of them moving further into the living room, knocking over furniture, moving further away from me. I scrambled up again, found the phone, and dialed 911. The voice of the operator broke the silence – the desolate silence of a fight for life.

The man ran out the front door and I ran to my husband. He said he was dying. He was weak, bloody. He’d been shot in the head. I held him and I cried. He cried. Evelyn started crying in our room. I brought her to her dad. We cried together and waited for the ambulance, waited for our the last goodbye.

There was a knock at the door and then at the window. ‘Oh god, he’s back. Duck!’ The knock again. We panicked. A flashlight shined in the window. A voice yelled “Open the door!”

I crawled up to the window and peeked outside. The swat team surrounded the building. 10 or 15 officers pointing M16s at our windows from behind the bushes and in the doorways.

The ambulance took us to a trauma center 50 miles away. My husband had been shot point blank in the head with a pellet gun which didn’t break the skull but left a nasty bloody gash. The CT scan showed no brain damage, his scalp was stitched up and he wasn’t going to die. There wasn’t much they could do for me. My ribs were broken and the front of my body was covered in burns and bruises. We were released.

A friend picked us up at the hospital and we got some breakfast at Whole Foods. We ate bacon and eggs in the warm August sun. I nursed my baby and I smiled. We were alive. I didn’t know why we were almost killed but we were alive.

My phone rang. We were on the phone constantly with the police and with investigators for the next several days. But this time the phone call was the admissions office at Bastyr University. They called to tell me that I had been accepted to the graduate nutrition program.

I don’t know what I said. I was still shaking. I was still in panic. I was paranoid. I really didn’t care about college.

I blurted out that someone tried to kill me last night and that I was leaving town and didn’t know anything else. Thanks but no thanks. Strange timing. Strange fate.

We were escorted back to our apartment to grab some clothes and our dog, and we drove down to LA to stay with family. The man was found a few days later and put in jail. We returned to Fremont, packed up our things, and moved to the safest town in the bay area – Los Gatos. We testified. It was his third strike. He got ten years with four felony counts. And we finally got the whole story.

He had come to recover his money from a guy who had hired a girl and failed to pay her. The guy in the apartment across from ours had hired a “massage” from craigslist. For whatever reason he didn’t pay her. The masked man came back to get revenge. My husband walked outside at the very moment that he walked up. The pimp, never having seen the guy he was going to beat up and not even being sure which apartment he was going to, saw my husband and made an assumption. He pointed a gun at my husband, backed him up into the apartment, tased him, and told him to get down on the floor.

Even though the man was caught within five or so days, the surges of adrenaline continued for months. Doorways were a threat, the dark of night a terror, sounds and silence full of danger, my own home did not seem safe.

But I was alive. I was jumpy, but I was lucky too. I would have taken a thousand punches to see the sun shine on my daughter’s beautiful smile. I continued to breast feed with broken ribs, bruises, and burns. She was all that mattered. We were together and I was happier than I had been in all my life.

I had never really known how tenuous is our grasp on this world, how unexpectedly it can end. Now I knew the importance of living every single day like it means something. Every moment, every idea, every new project,  and every friendship became a miracle to me. That man thought he was trying to kill me, but he gave me the world. He breathed beauty, urgency, and wonder into my life. I’m thankful that I was lucky enough to get the shit kicked out of me on some random night by some random guy. I’ve never wasted a precious day on this planet since.

« A Halloween Compromise Security Blankets and Other Comfort Objects »