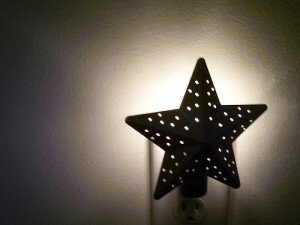 It’s quiet – a little too quiet in between the intermittent clinks and clanks filtering in under the door. A child’s eyes blink open and the light from the hallway, or a nightlight in the corner, reassures peace and safety.

This is the scene in the not-so-dark of night in many Western homes these days. Children sleep alone in their own bedrooms where a nightlight replaces the comforting touch of a mother’s hand.

Sleeping in artificial light from street lamps, televisions, and night lights has been proven to be harmful in mice, hamsters, and birds, and it may be the case for humans too. Exposure to light either while sleeping or before sleep is thought to throw off circadian rhythms.

“So fundamental are these rhythms to our being that altering them is like altering gravity.” – National Geographic, Our Vanishing Night

Imbalanced hormones
This lack of predictability prevents the body from settling into a pattern and causes disruptions in hormones. One of these hormones is melatonin, which is secreted after the sun sets. Melatonin is responsible for making us feel sleepy and for improving mood. If we produce less of it, either through exposure to artificial light before bedtime or through the glow of lights during the evening, we set ourselves up for myriad health problems.

Sleep in the Blackness

Dr. Mercola, among countless others, recommends sleeping in pitch blackness. He suggests covering the windows with blackout material and covering all electronics so that even after your eyes have adjusted to the light, you cannot see your hand.

In nature, we would sleep by the light of the moon and the stars, the amount of light exposure varying throughout the month. Our bodies are guided by the rhythms of day and night and also by the rhythms of  the moon. Personally, I allow for a tiny trickle of street light as the moon waxes.

There is a discussion about sleeping in darkness on Paleo Hacks where one commenter posed just this concern. Responders disagree about whether people should sleep in pitch blackness but the overall consensus is that artificial light is bad and the only way to eliminate its ill-effects in our lit up neighborhoods is by blacking it out all together.

Fear of the Dark

Turning the lights down in the evening helps us prepare for sleep. Televisions, cellphones, video games, and computers with blue light should all be turned off after dusk to encourage the production of melatonin.

If kids have a difficult time unwinding, then more attention should be paid to fostering a relaxing environment in the evening. Some things that help kids wind down include:

Turning the lights down in the evening helps us prepare for sleep. Televisions, cellphones, video games, and computers should all be turned off after dusk to encourage the production of melatonin.

If a computer is needed in the evening be sure that it has f.lux installed. This is a program running in the background which changes the the display of light depending on the time of day. After dark, the computer will display warmer tones (you can download this software free).

« Pemmican, Oh Pemmican – How Do I Love Thee? Calorie Restriction – The Quality of Diet Seems to Matter » 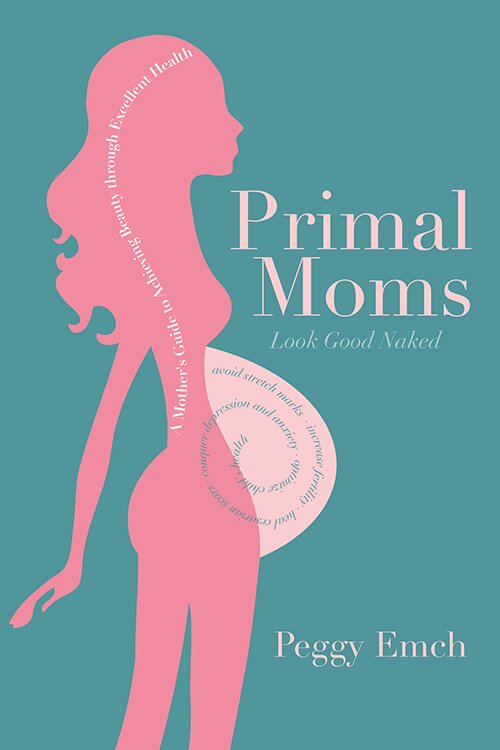